Andrew Pope farms in the North West near Preston and was already in the market for a more sustainable establishment method when he came across the Mzuri system. Andrew chose the Mzuri Pro-Til to reduce his costs and improve the drainage of his soils in wet weather and hasn’t looked back since.

“After seeing Martin’s article in the Farmers Weekly in 2012, the single pass concept appealed to me as we had already started to move away from the plough and combination drill and were trying a minimum cultivation approach. At the time I was using a ridged tine drill however, we were sometimes still having to plough and Martin’s design for the Pro-Til shouted out to me as a cheaper alternative to crop establishment for cereals.

Since then, the Mzuri system has improved our soil structure and has given us the confidence to spring crop if wet weather persists in the autumn to still allow us to produce strong, healthy crops. Despite struggling in the North West with wet weather, our fields are now better able to absorb rainfall due to the natural drainage caused by worms, and as a result of the more friable soil created by the strip tillage system. The benefit of not cultivating our soil and our fields staying firm, has been the ability to travel with harvest equipment and sprayers without rutting the fields, something which was a common sight of our previous plough-based system.

Whilst the Mzuri system may seem unusual for those used to intensive systems, my advice is to stick with it. From day one the Mzuri team have been fantastic, from the first Pro-Til we purchased in 2012 to our updated version in 2019. We have received unlimited support any time of the day and Mzuri listen and act on ideas and improvements as they have done over the last decade.” 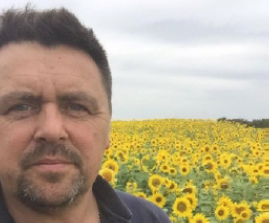