Fourth generation farmer, Chris Heath and his family have been farming Warwickshire countryside along the historic Fosse Way since the 1940’s and now farm 3300 acres. With a broad portfolio of soil types ranging from sand to heavy clay, the family’s enterprise is diverse and in addition to their arable enterprise, they also run an agricultural manufacturing business – Heath Engineering. Manufacturing a range of tele-handler implements including the Heath Super Chaser, the company also makes 16t grain and silage trailers and 32’ flatbed trailers. Alongside this Chris and his family also operate the diversification, Newbridge Straw Products and produce straw bedding products for the Equine and Poultry markets, largely using raw materials produced on their own farm.

Up until more recently, the arable enterprise has largely been plough based but in response to the rising cost of fuel and increasing grain price volatility, Chris and his family have started to move away from heavy cultivations. The farm went down the min-till route with a popular tine drill which proved beneficial but after poorly performing headlands – and a lot of them, the decision was taken to purchase a Mzuri Pro-Til 4T to increase crop consistency whilst still keeping fuel usage down and minimising machinery and labour costs.

Described as a ‘leap of faith’ Chris took delivery of the four metre Pro-Til at the start of the year and after less than 6 months of ownership, has defined the Mzuri as a ‘god send’.

Chris suggests that one of the most noticeable differences in his Spring crops this year is the consistency across all his different blocks of fields, as well as a staggering improvement of consistency within each field.

This consistency is most remarkable on a headland of Spring Barley that was earmarked for woodland due to its consistent poor performance. “The headland in front of the wood has always performed poorly and lies very wet. With the Mzuri, it’s allowed me to drill when its ready and the front leg lifts out wheelings giving me good establishment edge to edge – it’s all good.”

Part of the reason Chris believes the Mzuri Pro-Til performs so well on headlands is down to the patented independent pivoting coulters. Accommodating both horizontal and vertical movement, the coulters pivot to follow the front legs even around tight corners and places the seed in the centre of the tilled strip, the perfect position for quick, even germination.

It’s this ability to bring all areas of the field up to a good standard that Chris believes will give him the edge on yield. With a lot of smaller fields, headlands can make up a large proportion of the cropping area and having these perform as well as the middle of the field should see a big impact on the farms average yield.

Chris puts this consistency down to the Pro-Til’s leading leg which loosens his heavy clay soils and prepares a nursery seedbed to drill into, whilst leaving structured soil between the rows. The drills central row of weight bearing wheels spread the weight of the machine evenly over the tills and allow for even reconsolidation of the seedbed. This has been particularly beneficial for fields that were to be conventionally drilled in the Autumn and cultivated with a Vaderstaad Top Down in preparation but went on to slump over the winter due to high rainfall. In this situation, Chris says “The Pro-Til’s leading leg cultivates just enough to allow the crop to root well early on and gave it the best start.”

The drills leading leg has also allowed Chris to place his seedbed fertiliser below the seed which he suggests is another reason why his crops have performed so well this Spring. Post drilling applications of fertiliser could still be seen on the surface at the end of May, and with no rain forecast, Chris believes there could be a real benefit to placing all of the fertiliser requirement below the seed at drilling. He will be trialling this next season and hopes this will not only give the crop all the nutrition it needs where it needs it, but also minimise his risk against dry weather, and reduce the need for additional passes saving time and money.

Favouring the targeted applications of strip tillage, Chris also places his seedbed slug pellets down with the seed. “There’s no need to waste it between the rows, instead we’ve applied it exactly where it’s needed” Using a relatively low dose, this targeted application should see the active be just as effective as broadcast, if not more so and more responsibly used.

With a lot of his Autumn drilling not gone as planned, the Mzuri has shown its versatility to establish crops into a wide range of cultivated and non-cultivated fields. Moving forward, the farm will be planting direct into stubbles which will retain moisture and help improve the health and structure of his soils.

Being a new user, Chris has been very impressed with Mzuri’s level of service and support that is available to operators and has had no down time this Spring. He has even seen an increase in interest for his contracting services since adopting the new system and after picking up further income drilling Maize, it seems there could be further demand for strip tillage establishment in the area which the family are well placed to accommodate.

Plus, with a desire to keep costs down, Chris has been impressed with how well the wearing metal has performed so far. “Our front wings still have plenty of life left in them after over 1800 acres this Spring. We also find having the versatility of the different wing and coulter combinations very useful when growing a wide variety of crops like we do.”

As a leap of faith that has paid dividends so far, Chris’s takeaway message for anyone considering the strip tillage system is that it can often be a change of mindset but you will get out of the system exactly what you put in. He suggests by working with the system and understanding what you’re trying to achieve – the results speak for themselves. 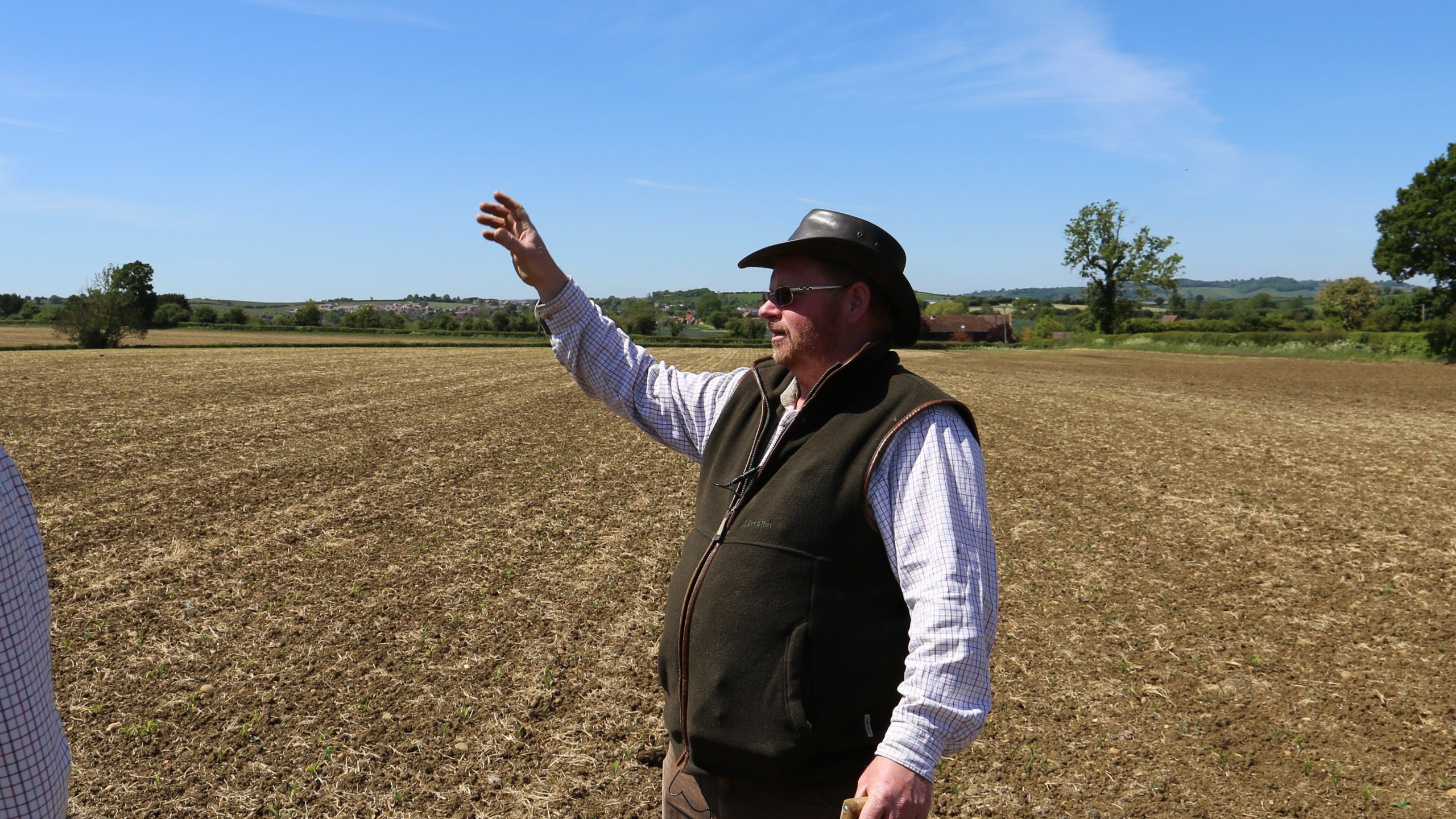