Mzuri appoints an agent for Scotland

Mzuri, a Worcestershire-based manufacturer of strip tillage equipment, has recently appointed George Buchan as an agent for Scotland. The appointment has been made in response to a strong grower interest in the Mzuri one pass system, following its fast-growing success in England and wider Europe.

A Scotsman with 20 years of experience in the field, George has a proven track record in agricultural machinery and parts sales which he acquired whilst working for a leading parts supplier and his local tractor dealership. Responsible for developing Mzuri’s dealer network and growing the brand in Scotland, George will also assist with machinery demonstrations and provide technical support.

Mzuri has already had a strong start to the season with a number of end user demonstrations and new dealer appointments. Commenting on the market reaction, George Buchan said: “We’ve had a great response from the very start, with farmers lining up to have the first demonstrations done on their farms. The response has been so high we literally ran out of time to complete the volume of demos needed to be done for spring work.

“We’ve appointed three dealers so far – Alan MacKay Machinery, Murphy Agricultural and TM Simpson – who are very keen to move forward with the Mzuri concept and have already proven themselves to be worthy business partners. It is a unique system with the potential to transform the future of Scottish farming and I’m really proud to be flying the Mzuri flag in Scotland.” 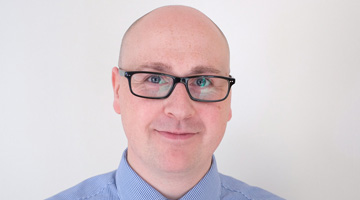