The Mzuri team are delighted to be the winners of not one, but two prestigious awards at the 2019 Agri Machinery Trade News Excellence awards. The winners were announced on the 8th of March at Concorde based at Manchester Airport.

Guests were treated to a guided tour around the famous aircraft before being handed over to Andy Newbold, publisher of Agri Machinery Trade News, for the presentation of awards.

Mzuri’s parts and service team were nominated for the Manufacturer Excellence Award for parts and service support for their exceptional support to both dealers and customers. Will Davies, Sales Manager and Ben Blackford, Service Manager accepted the award on the team’s behalf beneath Concorde’s steps.

Commenting on the award, Will Davies said, “Thank you to those who voted for us; we pride ourselves in providing quality service and support to all of our customers. The team effort makes this award particularly special and I know everyone involved is thrilled to receive such recognition”.

Perhaps the most prestigious award of the day, the Blue Ribbon award for outstanding contribution to agricultural machinery, was awarded to Martin Lole, Mzuri’s founder and Managing Director.

Awarded for his extensive knowledge and dedication to the agricultural machinery industry, Martin has been the driving force behind Mzuri’s development and growth. Unfortunately, he was unable to attend the ceremony, so part of his team accepted the award on his behalf.

Judges commented, ‘Everything this company seems to do is right, and Martin has seen the concept through from initial idea to its current market position’.

The Mzuri team would like to give a big thank you to all those who took the time to vote. It is a privilege to be recognised for their efforts in the industry as they strive to continue to provide exceptional service. 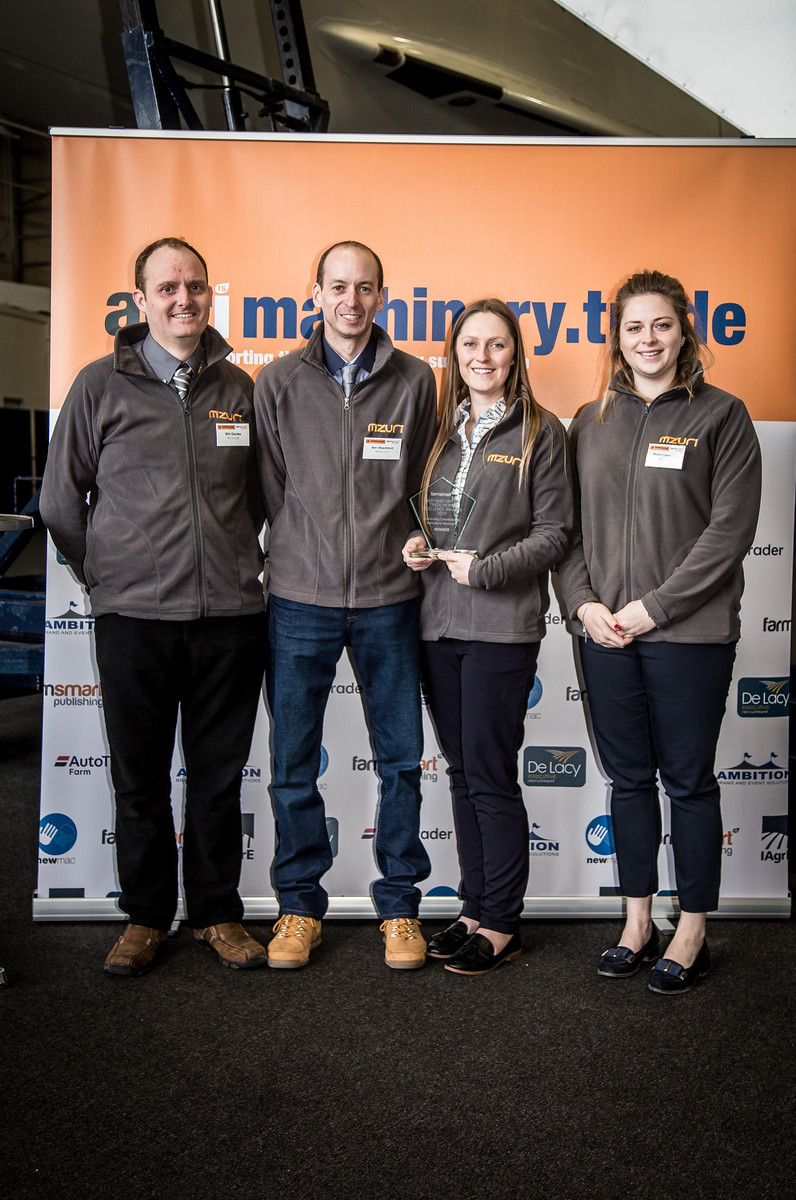