Mzuri, a British producer of specialist agricultural machinery, will be showcasing its two latest innovations at LAMMA 2018. Visitors to Mzuri’s stand G41 will be able to see the new Pro-Til 3T Xzact one pass drill and the self-levelling Razorback Auto-Level 550 rotary hedgecutter.

Featuring vertical-axis rotary design and self-levelling Co-Pilot technology, the Razorback Auto-Level 550 hedgecutter has been designed to reduce operator fatigue, increase productivity and reduce cost. The 1.5-metre-wide head incorporates a SoftStart triple rotor and additional mulching blades which are in continuous contact with vegetation during the entire 360° cycle, resulting in a much cleaner and faster cut and chopping action.

Razorback’s Auto-Level Co-Pilot technology ensures that the main frame of the machine remains level at all times, irrespective of the tractor angle in relation to the undulating ground. Subsequently, the requirement to make manual adjustments to account for the unevenness of the terrain is significantly reduced, making for a much easier, trouble-free operation.

The high-end specification comes as standard and includes a 1.5m wide, 5.5m reach head with hydraulically controlled front hood and rear roller, the Auto-Level Co-Pilot device with electronic proportional controls and a fully independent hydraulic system with an oil cooler.

Pro-Til 3T Xzact, Mzuri’s second innovation to be presented at the show, combines the accuracy of seed placement of a conventional precision seeder with the benefits of a Mzuri one pass striptill drill which include moisture retention, improvements to soil condition and significant fuel and time savings.

The Xzact precision technology is an optional extra that can be fitted to most Mzuri’s Pro-Til standard models, thus broadening their versatility to include crops such as grain and forage maize, sunflower and soya. The machine can be just as easily converted back to a striptill drill.

The system uses adjustable-pressure vacuum metering to accurately space crops, regardless of the seed size. Each unit contains a metering disc and a singulator to prevent skips or doubles and is driven by an electric motor which maintains the same seeding distance at variable speeds.

Unlike with conventional precision seeders, the mini hoppers on the Pro-Til 3T Xzact drill are automatically replenished by a bulk fill mechanism on each metering unit directly from the Pro-Til’s main tank, thus extending the drilling time and reducing downtime. 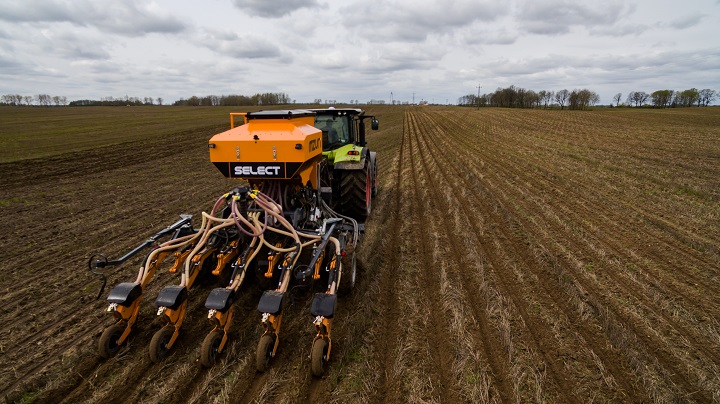