S H Smiths & Sons farm in the heart of Worcestershire and have an additional contracting business catering for over 1000 acres in the surrounding area. First making the switch to Mzuri strip tillage in 2012, Roger Smith explains how the system has improved their business and their soils.

“We made the decision to switch to Mzuri Strip Tillage to save time and costs with reduced cultivations and improve the health of our soil. As an established contractor it is also important that we remain at the forefront of agricultural methods. Mzuri helped us achieve this goal.

Over the years the Mzuri system has improved our soil structure which has resulted in better yields whilst supporting time management. The most surprising benefit has been the number of worms seen looking after the soil which has been amazing since we first started with the Mzuri drill in 2012.

We have also found that by being able to place fertiliser beneath the seed and retain moisture with direct establishment, seed is supported to germinate quicker.

If I were to give one golden tip for someone thinking about converting to Mzuri Strip Tillage it would be to make your own decision about the drill. On ‘nice’ soils, you will see advantages straight away, but in more challenging soils it may take a year or two to see the benefits of the soil structure and to allow the worms to start to work their magic, but you will see benefits.

As for Mzuri themselves, and they are a good company to deal with. The team have been helpful from sales to service and have never let us down.” 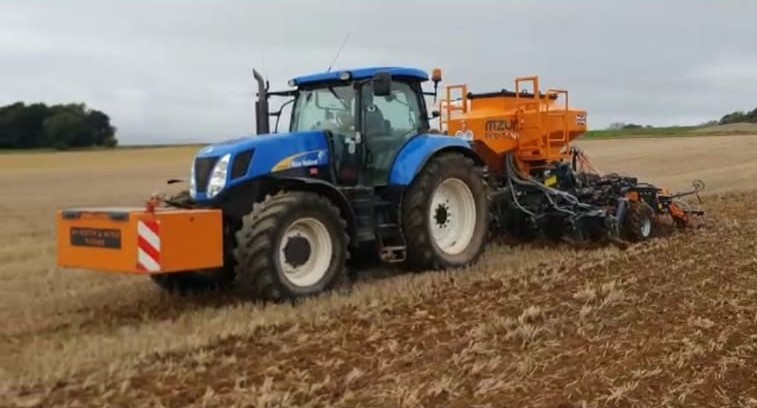