The hardest part of direct drilling is getting used to doing very little cultivating after harvest while neighbours are working hard, says Northamptonshire farmer David Beesley.

Last autumn he was able to utilise this time by concentrating on other parts of his business, and leaving his new Mzuri drill parked up until it was needed at South Lodge, Ecton, Northampton. Once the drill – a mounted Pro Til3 – did get working a number of valuable benefits were quickly apparent: “We halved the time taken to establish crops, and halved the volume of diesel used. When we were using both conventional and non-inversion tillage we had to hire casual labour to start cultivating as we were still busy with harvest; last year we didn’t have to do that, which was a major financial saving”.

They have moved to direct drilling in two stages. Their original system was to plough and press, before leaving the land – predominantly relatively easy-working ironstone – to weather and then drilling. Their first non-inversion system typically might take four passes, with one or two passes of discs; then running a Guttler press to finish the seedbed ahead of a combination drill.

Now he uses Mzuri’s Pro-Til 3 mounted drill to establish all crops, and the only pre-drilling decision he has to make is whether to use a straw rake ahead of drilling: “It can be a benefit to spread the trash and stubble about and leave it more even. It is a different mind-set to normal tillage. You have to be able to walk away when everybody else is flying about”.

Last year oilseeds were sown in the last week of August: “They are looking well and – if anything – probably a bit too tall. We sowed at 2kgs/ha and could probably have used a lower seed rate”.

After that they waited until the last week of September to start drilling cereals from which they still finished by the end of the second week in October. “We started with the barley which is grown for seed with a seedrate of 90kg/ha and the crop looks fantastic. I have never drilled anything at quite so low a seed rate”.

They moved on to the wheat and finished with the oats in the second week of October: “We completed drilling on a Sunday which was fortunate, because almost immediately after we finished it started raining and never stopped”.

They drilled a break crop of mustard in late spring and drilled wheat straight through it after spraying it off: “We drilled wheat straight through the mustard which must have been 60cm high. The mustard soaks up the available nitrogen and locks it up so it can be released when the crop breaks down after being sprayed just ahead of planting the crop. As a result the straw does not compete with the crop because it is not breaking down as the wheat crop gets established.

“The drill follows the ground contours very well thanks to the oscillation of the individual seed tines, and the crops look much more even. We drill the headlands last to avoid compaction – as recommended by Mzuri – and the fields are wall to wall crops”. 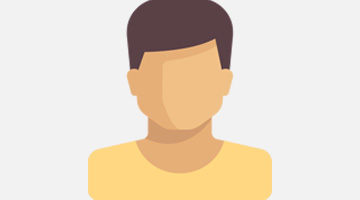