Livestock plays a key part in the system they run on the 1,000 acres their families own land – and the additional land they contract farm – from Tixall Heath Farm and Brick House Farm in Staffordshire, where medium light soils are interspersed with heavy clay patches.

That acreage includes 865 acres of arable land run on a five year rotation, with some 145 acres of grassland, which supports 500 ewes and their progeny.

While their previous system – based around a one pass cultivator and cultivator drill – was performing well, they felt they could achieve several benefits by moving to strip till drilling using a 3m Pro-Til drill from Mzuri.

This drill uses a leading tine to cultivate a vertical strip and restructure the immediate root zone, before placing the seed in a pocket of tilth while leaving most of the ground un-worked:

There were elements of labour and cost-saving in making the switch, but our main motivation was a desire to improve soil structure”, says Tom.

We ploughed everything until about eight years ago, but felt we were depleting the soil to such an extent that it was becoming hard, compacted and lifeless.

We moved to a non-inversion system based on one cultivation pass and a cultivator drill as a first step to improve soil structure.

That worked well, but we felt there was further room for improvement. In effect, we felt we could achieve more by working the soil less

Using strip tillage is showing several practical benefits, he says: “Our costs are definitely lower and labour greatly reduced, which is helping us achieve better timeliness of drilling.

Yields have remained consistent, even though we have been through some pretty extreme and difficult seasons. We have been very pleased with the drill, and with company which is very good to work with.

But the drill is just one component in the operation; it is the farming system around it that really makes the difference.

Mixing autumn and spring sown crops is a key element in that. Their rotation helps and ensures clean crops – important as they aim for milling markets with their wheat; malting markets for the barley and beans are grown for human consumption:

Growing two successive spring crops gives us the opportunity to deal with problem weeds. We plant winter oats as cover crops ahead of them, and let the sheep graze them off over the winter, after which they can rarely green up enough in the spring to survive.

Bromes have always been a bit of a problem and we have noticed groundsel becoming more of an issue recently.

We mow a 3m strip around the crop and the headland several times during the year so we don’t move grass and weed seeds into the crop. It is time consuming but it works.

Black-grass is not a major problem. It tends to build up slowly over time. It only really builds up if you fail to do anything effective about it

Strip tillage is also having the expected benefits on soils: “We certainly have better worm populations and soil structure is much better. The drill is becoming easier to pull each year, and we don’t have to run the leading tines as deep as we did at first 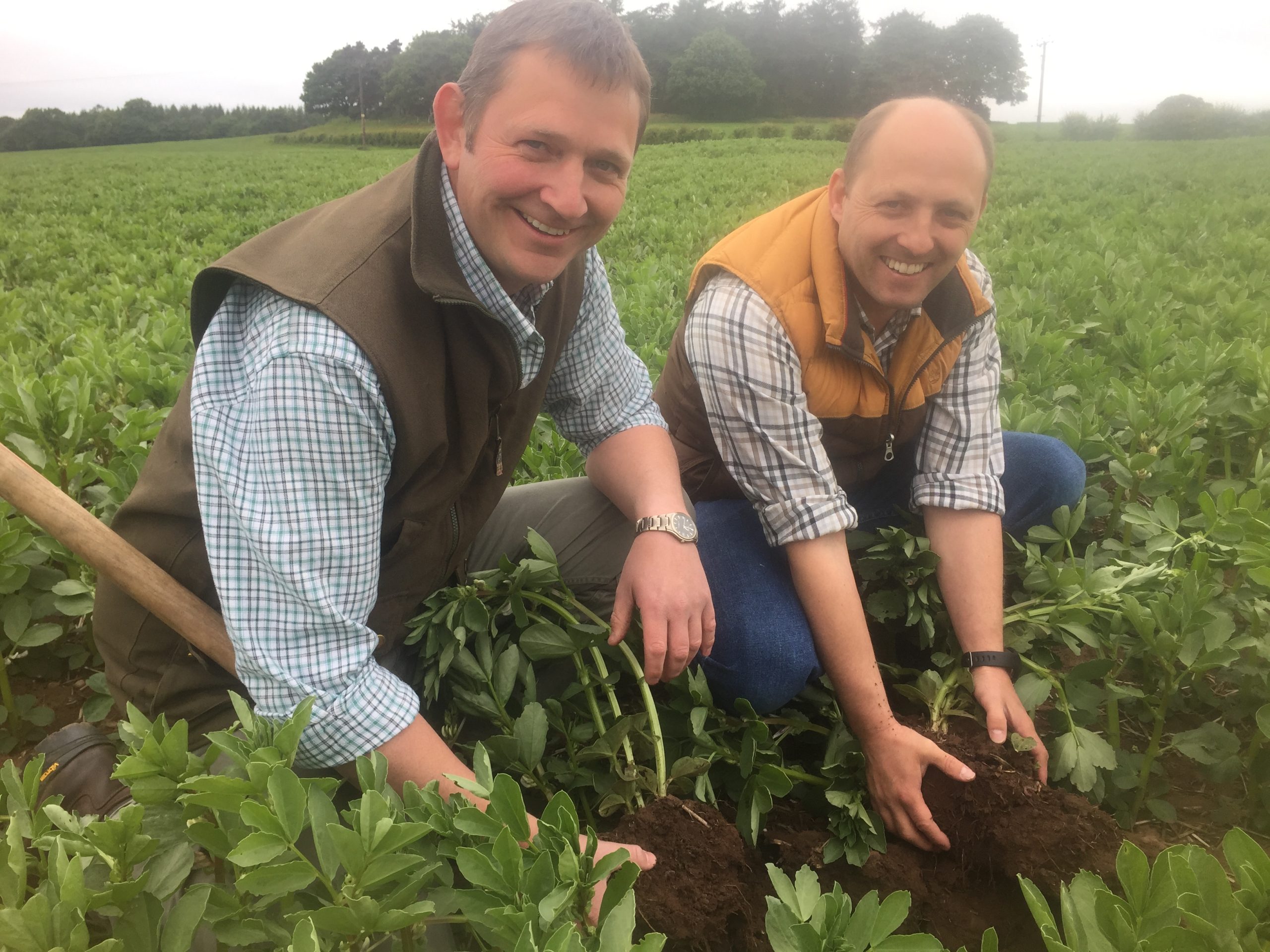